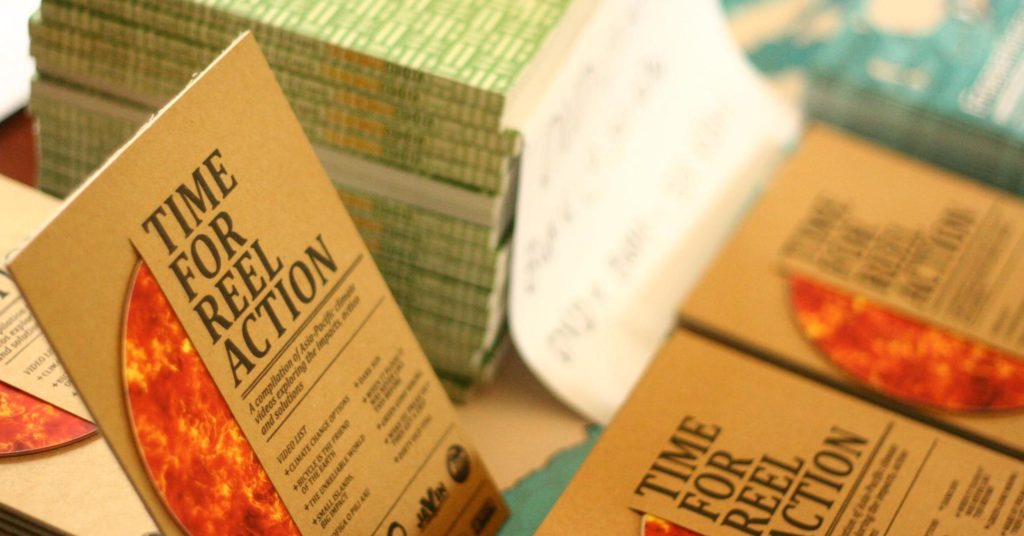 EngageMedia’s response to the international climate crisis, Time For Reel Action, was launched in Jakarta to an audience of 70 strong supporters. Video producers, NGOs, artists and the general public came out on World Environment Day to support the release of the DVD video compile representing views and issues on climate change from the Asia-Pacific region.

Time For Reel Action – Asia-Pacific Climate Crisis Video Compile – explores the impacts, the action and the solutions to climate change emerging from the region.

Production commenced in 2009 with submissions responding to a regional call-out. A final list of titles were compiled early 2010. The DVD was designed, produced, sub-titled and printed in Jakarta.

The DVD is supported by previews of all titles on EngageMedia including all sub-titles and a BitTorent compile. View, download, purchase or find out more about EngageMedia’s Time For Reel Action.

Time For Reel Action was made possible with the support of HiVOS, Friends of the Earth, JAVIN and the Glow Alliance.