Indrani Kopal from Kuala Lumpur, Malaysia, describes herself as a full-time video journalist in Malaysiakini.tv where she learned the importance of using media in a more meaningful approach. 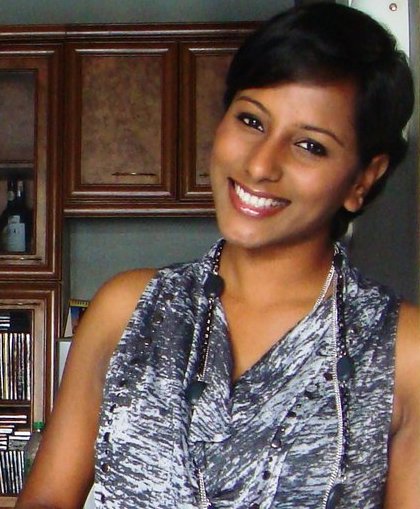 About: I’m a fulltime video journalist in Malaysiakini, an independent, online news media organization. It’s where I learned the importance of using media in a more meaningful approach.

Indira Kopal values the fact that she is capable of persuading and convincing people to act upon the messages highlighted in her films. Her defining moment came when her short film, 'She's My Son', was selected for the best short documentary in a local competition. Since 2006 I have produced dozens of short documentaries on various social issues, particularly on the plight of the Indian community in Malaysia.

Batu Arang was the birthplace of many radical unions. The Coal Workers Union in this little town had a leading role in some of the largest strikes of the period when they protested over their working conditions and poor wages. This forgotten town which witnessed some of the country’s most popular labour strikes and demonstrations is also home to many prominent leaders past and present. Today it silently holds many untold stories of our history. In my recent work, I decided to make short documentation of this town before it vanishes. I wish this type of documentation attempts will be made compulsory by the state or private community or organization to preserve the history of our country.

Indrani Kopal (IK): Often people ask me, what exactly that I really do for living and I tell them that I’m gathering evidence for history through my videos and photographs. And I really love meeting people and documenting their stories; it is such an honor to be let in like that.

IK: I’m a self-taught filmmaker. Honed my skills while working as a Film and Television Lab technician in Limkokwing university 10 years ago. I eventually joined now defunct second pay TV operator MITV in 2004 as a television program producer before moving on to Malaysiakini in 2006. Another interesting choice I made in my life is also to choose to make documentaries instead of fiction films. Documenting real stories and constructing the same in fiction, are two different world. I realize over time that I have a gift to to connect with people and get them to open up to their personal lives to me and trust me, and I swear I cannot make people act! When viewers started reacting and taking action after watchign the films … I witness change (that includes changes in perception) and the fact that I can manifest that change in the lives of people, I must admit that it felt magical being able to do that with my videos.

IK: Although I have covered various issues in my line of work, including many minorities stories but of late I have been focusing so much in LGBT life – I been always very much interested in the LGBT issues, I just dont know why … I always believed that we have to accept and celebrate our diversity and differences … and that includes diversity in sexual orientation as well … and I have taken the pledge to educate Malaysians about that diversity using my short documentaries. There’s room for everyone in this world, why discriminate? :((

EM: We saw your about gay in the US, please tell us a bit about this video and the background?

IK: ‘I Only Dance For You’ Among all the recent work above, for me personally, the most notable one has to be ‘I only dance for you’documentary produced in New York City during the 2010 International Emerging Filmmaking Fellowship program under the Documentary Center of the Washington University. Twenty filmmakers were choosen from around the globe and I’m one of the three filmmaker from South East Asia. And yes it was my first trip to US. It’s a six week fellowship program where we are required to made two short documentaries in pairs, in two major cities – DC and NYC. When my partner Simon De Swardt and I get dropped off in Manhattan, New York City, we were given three days to find a subject and shoot before we return back to washington where we were based. We finalized cinema verite as our genre and LGBT topic as our focus (that took me hours to convince my too-straight partner), but we didnt know where to begin.

So, long story short – I met Arsenio in a gay club where he works as a bar manager in the evening after his day job as a hair stylist – and convinced him to share his beautiful love life with Don and Lola, with me. His partner, Don was little skeptical about the shoot – took him a day to get back to us. Later Don; who was very camera-shy in the beginnign; ended up opening so much more that we expected – and made the whole story more meaningful. After that, Don and Arsenio, decided to flew up to Washington for the grand public Premier screening of the documentary. After the screenign, they became the celebrities of the night, … everyone cheered and they were swamped by people congratulating them for coming and sharing their story. Well, those are some memorable moments that I will treasure.

IK: ‘Oily Hair’ – A short documentary that looks into how people are taking matters into their own hands to fight Gulf oil spill in innovative and creative ways in US. This documentary was also produced as part of a documentary Fellowship programme of the George Washington University documentary centre.

Documentaries are always deemed as boring and serious. As a filmmaker for years I have been experimenting with various types of production and postproduction methodologies — in the industry, they are categorized today as cinematic-journalism, a poetic reflection of storytelling and photo-essay.  ‘Oily hair’ was one of those experimental types that have – fun-filled-witty-suspense- ambient. Many who watched the video, like it because of the fact that no one says outright why are the volunteers collecting and shipping hair and most of the process of the making off- the hair-boom was shown rather than told. I think the ‘suspense-musics/sound effects’ touch added lighter side to a disaster and shows how people get together to implement innovative ways to help protect the environment caused by the BP leak.

IK: Seriously I believe the growing internet/online distribution channels has provided incredible opportunities for indie filmmaker to reach wide audience around the globe. Online distribution trend has helped independent documentary filmmakers (like me) to reach wider audiences raise teh awareness about the social justice issues happening in our communities through videos. This is indeed a new revolution in the filmmaking industry. I think the traditional filmmaking has been redefined!! Things have changed now, anyone can make films now. About using online tools in my work,- hey that’s what I do for a living actually. I’m an online video journalist who works for an online news portal. On an average day, I publish at least one video in various platform available online, which includes engagemedia video portal 🙂