On April 14-17, 2010 EngageMedia and partners the Indonesian Visual Art Archive held an Archive Camp in Yogyakarta, Indonesia. The event focussed on the collaboration between a number of media organisations in Indonesia.

The camp was focused on two areas – production and technical.

The production group discussed archiving and strategy around their own projects, and the technical group spent most of their time working on Plumi in the “geek cave”. The technical team included Dimo (Greece), Pushpa (India), Grant (Australia) and Izhar (Malaysia). Slaving over four video servers, they worked on improving the latest version of Plumi, working on the interface in conjunction with the producers.

Ivan Lanin from the Wikimedia Foundation Indonesia facilitated a discussion around Creative Commons.

The camp was a great success, opening up important communication channels between the technical and production sides of video archiving projects, and between attending organisations that found commonalities in the work they do. Check photos from the sessions here. 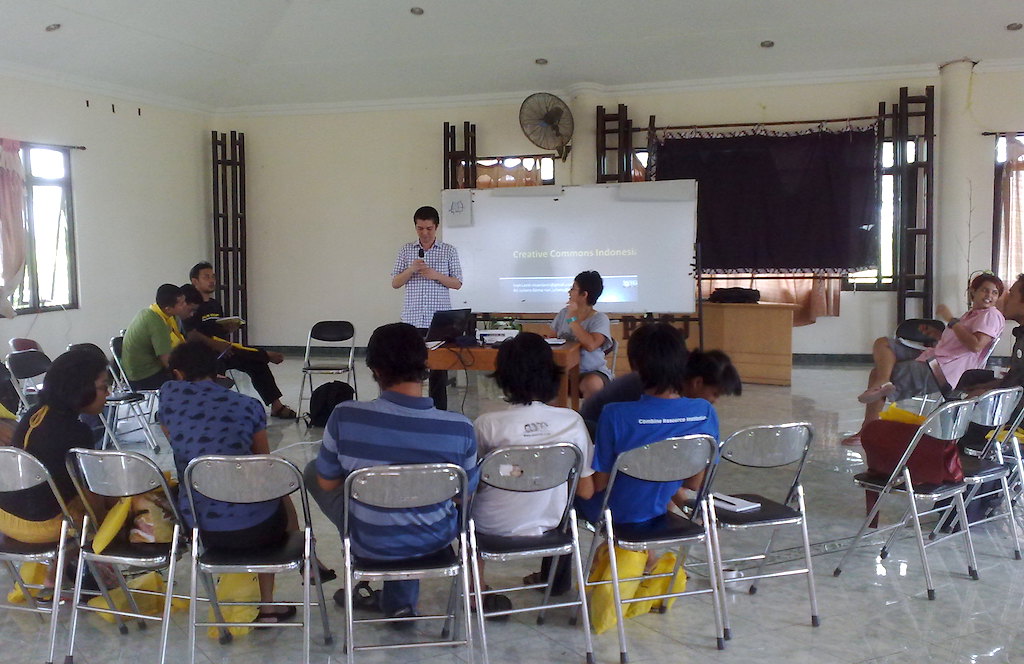