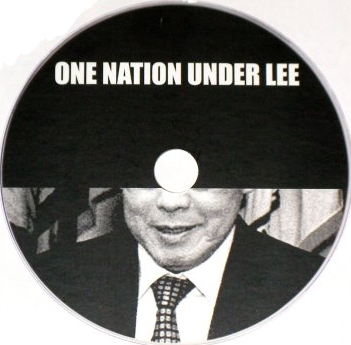 A video made by Mr Seelan Palay about the dictatorial control of Singapore has attracted wide viewership on the Internet. Entitled One Nation Under Lee, the 40-minute film also features interviews with the late J B Jeyaretnam and former solicitor-general Mr Francis Seow.

Released last May, the documentary has been viewed more than 40,000 times on YouTube. It has also been screened in film festivals in other countries, especially Malaysia where it toured four states as the featured Singapore film in the Freedom Film Festival 2008.

It was first screened in Singapore at the Excelsior Hotel. Even though the event was a private one and only invited guests were allowed, officials from the Media Development Authority nevertheless forced their way into the function and demanded that the film and the projector be handed over. (See Part I and Part II of MDA gatecrash.)

Since then One Nation Under Lee has been banned by the Government. Nevertheless, the film has been widely disseminated on the Internet as viewers forward it to their friends.

Singapore continues to retain the Films Act, which governs the importing, making, distributing or exhibiting of films. Local filmmaker Martyn See, who has had two films banned by authorities because of their political content, called the law “regressive”.

Watch One Nation Under Lee on EngageMedia: