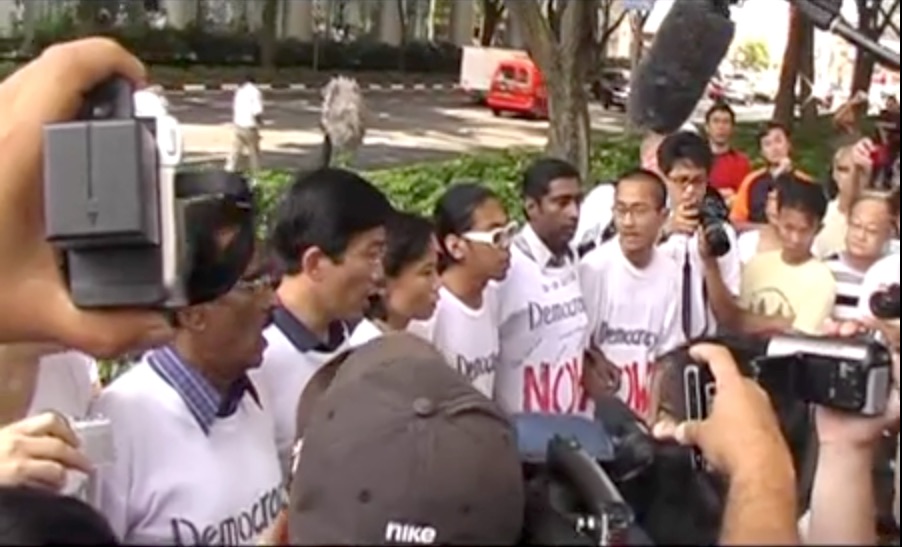 “It was a private screening but that didn’t stop officers from the Media Development Authority (MDA) from seizing a copy of the film, “One Nation Under Lee”, at the Tulip Room in the Peninsular Excelsior Hotel.

The film, produced by activist and artist Seelan Palay, was a narrative of how Minister Mentor Lee Kuan Yew subjugated various institutions in Singapore, such as the press, under the government’s control during his time as Prime Minister. It also depicted how the social divide in Singapore is a result of the People’s Action Party’s policies. The film included interviews with former Solicitor General Francis Seow, political detainee Said Zahari, opposition politician JB Jeyaretnam and scenes of various public protests which had taken place in Singapore.”

Watch the film on EngageMedia:

The film is critical towards Lee Kuan Yew’s rise to power and subsequent crackdown on his opponents. The film also includes interviews with prominent figures and scenes of public protests taken in Singapore.
This work is licensed under a Creative Commons Attribution-NonCommercial-NoDerivatives 4.0 International License.