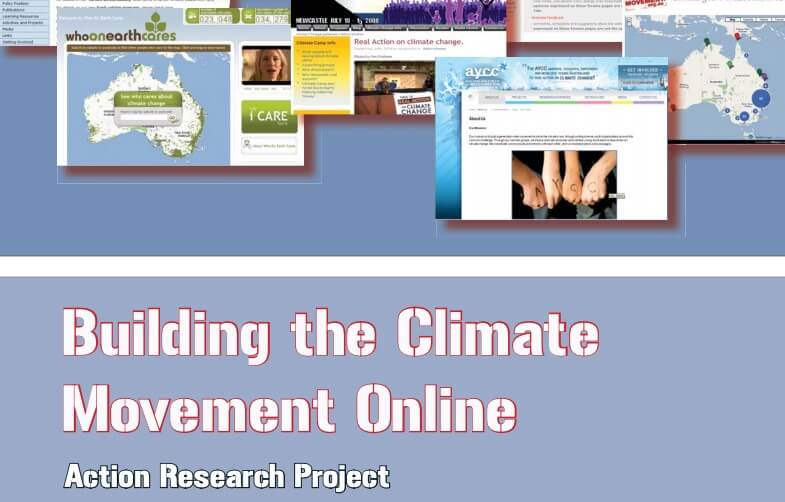 The Australian based organisation, the Change Agency, recently released a very interesting report looking at the use of online organising and communication in the Climate Change movement. EngageMedia’s work at the recent Climate Camp also features in the report.

From the Change Agency announcement…..

What will it take to create a strongly networked, strategic and powerful Australian climate movement? How can online organising help build this movement? These questions guided the latest stage in the Change Agency’s climate action research project.

Between June and September 2008, we interviewed and surveyed approximately 200 climate activists. The resulting report summarises their insights and experiences, and argues the case for changes in how the movement utilises online tools, as well as other changes related to building the movement.

During September and October 2008, we will co-convene forums in Sydney (29/9), Brisbane (8/10), and Melbourne (16/10) with Friends of the Earth Australia to stimulate creative and constructive discussions about online organising. These forums aim to actively involve climate change activists.