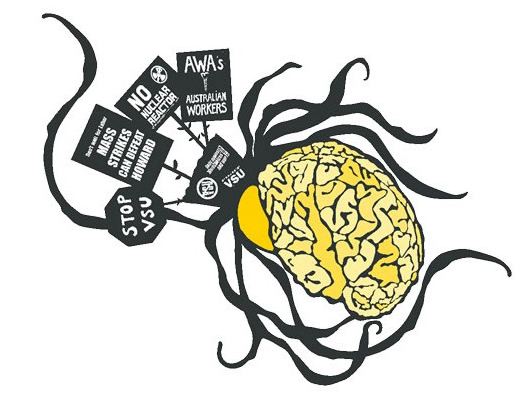 “Rocking the Foundations” is the story of a trade union whose social and political activities challenged the notion of what a union should be, and is incredibly relevant to education activists and student unions today. It will be screened alongside inspiring shorts from the net including the EngageMedia.org website. Rod Quantock will be providing his irreverent take on public education, followed by a launch of the reader.

During the conference a range of academics, students, activists and unionists will discuss how the current crisis in education undermines the very notion of “democracy”. Speakers include:

On Sunday 15th September at 12PM EngageMedia will present a workshop on the state of independent media and how to use it as a campaign tool, as well as an in-depth look at the EngageMedia.org video-sharing website

Free soup and cheap drinks will be on offer, courtesy of the RMIT Student Union Swanston Street Collective.