Obviously this entire law is to counter local political filmmakers Martyn See, Choon Hiong and other citizen journalists like The Online Citizen who have been effective in showing Singaporeans what the government-controlled media does not. Read Martyn See’s & Choon Hiong’s takes on the issue.

This is what the Home Affairs Ministry seems to propose to amendments of the Films Act. Does this mean that no one is allowed or will be allowed to film an illegal protest, for example?

The following is a copy of the report in the Straits Times, January 23 – which was published at the bottom of page C6. 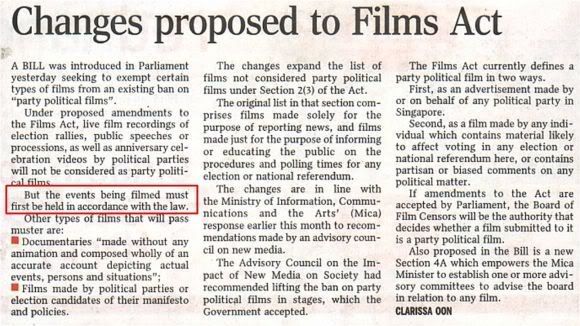